Ikedayama Garden Park is a local pond garden which is never crowded, despite being near Meguro and Gotanda railway stations. The garden contains beautiful plants, flowers, a large carp pond with a stone bridge and stone lantern as well as a traditional water well. and there is a toilet available in the park. During the early Edo period, 1670 to be exact, the hill in this area was owned by the Ikeda family from the Okayama clan. in later years, the garden has come to be called Ikedayama or Ikeda Hill. Today, it is a public park within Shinagawa Ward Tokyo, opening to the public in 1985. This strolling garden is called the peeping pond system as the hilly terrain overlooks the pond going from up on the hill, though it is obscured by trees at times, thus the “peeping” part. The well water are said to be very pure. Intriguingly the park is also situated within the so-called dragon pulse of Mount Fuji, the only other place in Tokyo to merit this geomancer location other than the East Garden of the Imperial Palace. Ikedayama Park is about 15 minutes walk from Gotanda Station or the JR Meguro Station. Entry is free 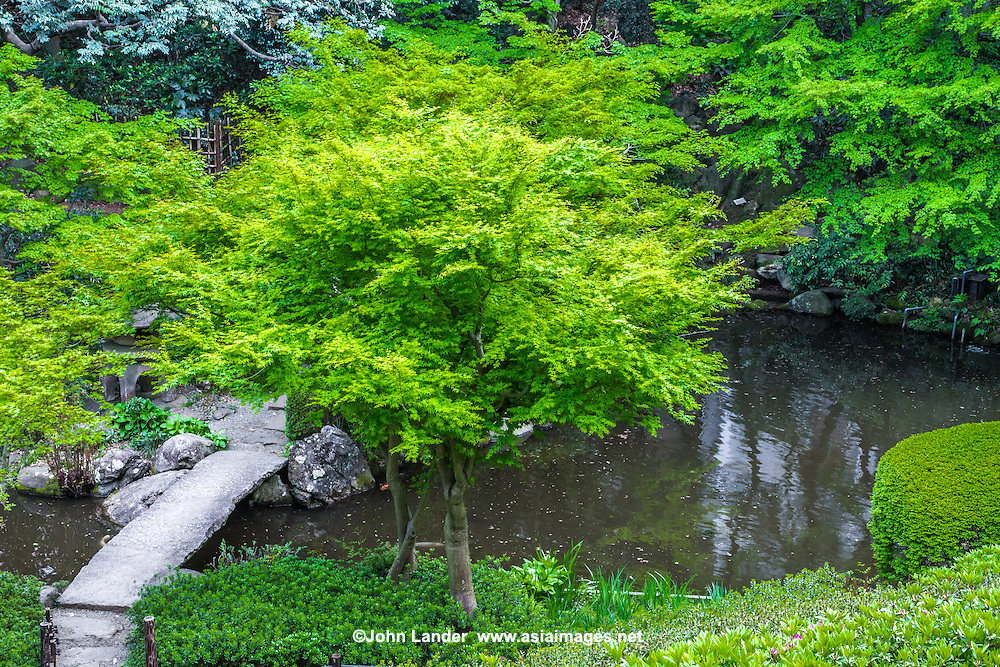