Yakushiji Tenple Pagoda - Yakushiji was constructed by Emperor Tenmu in the 7th century for the recovery of the emperor's sick wife. Yakushiji is one of Japan's oldest temples, and laid out in a central axis, flanked by two pagodas. The main hall was rebuilt in the 1970s after being destroyed by fire and houses a Yakushi trinity, considered to be a masterpiece of Japanese Buddhist art. The East Pagoda is the temple's only structure to have survived the many fires that have beset the temple over the years. It appears to have six stories, but there are really only three stories, in symetry with the West Pagoda. Yakushiji is the head temple of the Hosso Sect of Japanese Buddhism. The Genjo Sanzoin Garan is a central octagonal hall, where Genjo-sanzo's remains are enshrined. 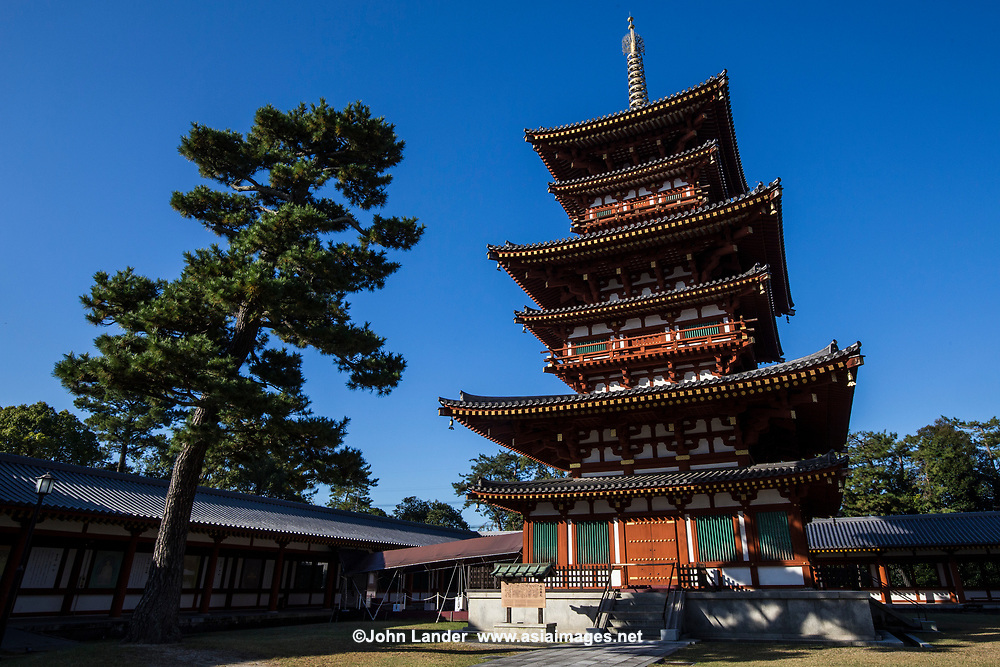