My Son was built by the Champa kingdom which ruled Vietnam from 1700 AD. Influenced by Hinduism, they built temple complexes up and down the area to honor their gods and to bury their kings. My Son developed between the 4th century and the 13th century, is one of the better-preserved of these sites. Bricks were used to build the temples without the aid of mortar. Sculptures of gods, priests, animals, and scenes of battle and devotion adorn the walls. 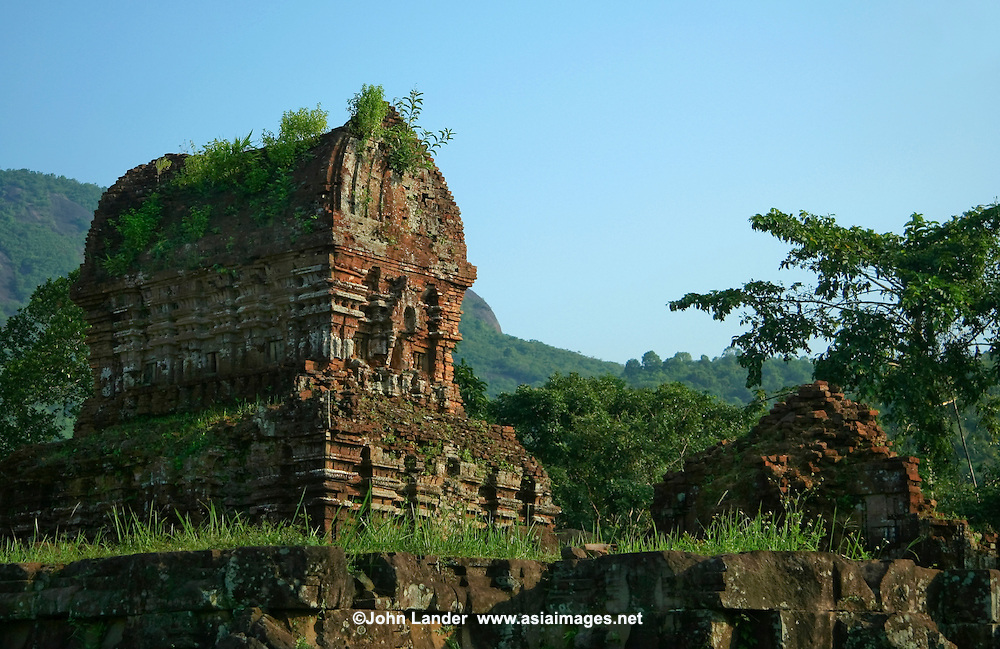