Ryugenji Mabu Mine Shaft at Iwami Ginzan - Ryugenji-mabu is one of the few mine tunnels open to public. Chisel marks show the traces that the miners made to scrape tunnels by hand. Ryugenji Mabu Mine Shaft was built in 1715. Although Ryugenji-Mabu is only one of the more than 500 shafts and galleries that had originally been dug, it is the most accessible to visitors. Iwami Ginzan flourished between 1500 and 1700 as an active silver mine and was fought over by many rulers in the area but came under strict control around the end of the Tokugawa Shogunate. At one point, Japan produced a third of the worldís silver, and most of this was mined by at Iwami Ginzan. Silver from Iwami was exported overseas and it played a large role in supporting trade between Europe and Asia. Around the mine are merchant and samurai houses which date back to the time when the mine was active. 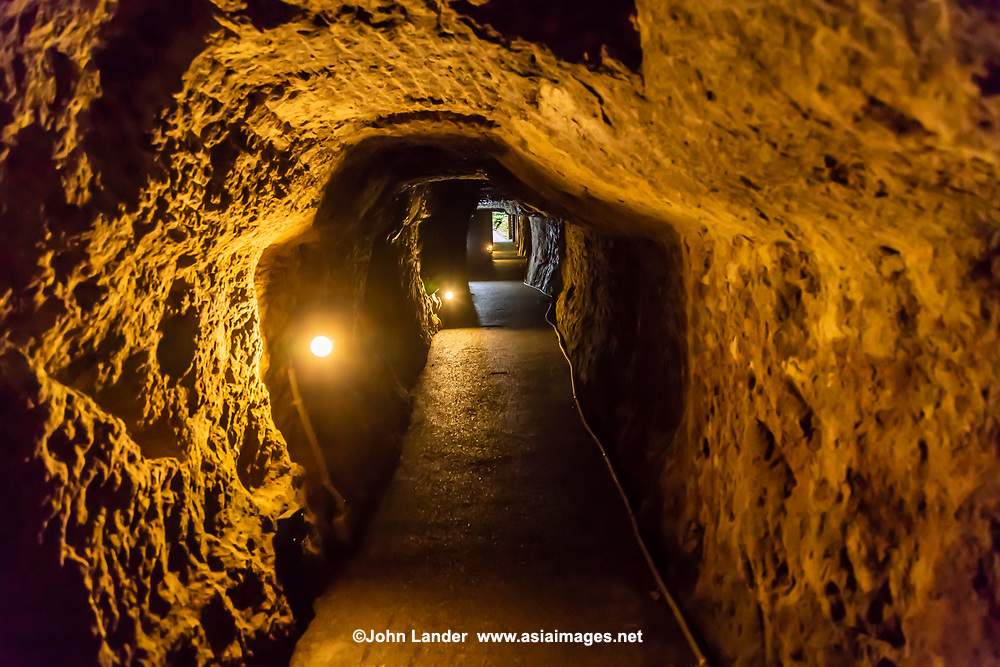