Toshodai-ji Temple was founded by Ganjin - a Chinese priest invited to Japan by the emperor to train priests and teach Buddhism so its influence propagating Buddhism in Japan was monumental. Ganjin finally arrived in Japan after 7 attempts to cross the South China Sea and eventually went blind. Toshodaiji's main hall was reopened in 2009 after being renovated during which the building was dismantled and reconstructed. The temple's lecture hall was originally at the Nara Imperial Palace and was moved to Toshodaiji. Today, it is the only surviving building of the former palace. North of the temple, the tomb of Ganjin is surrounded by a moss garden. 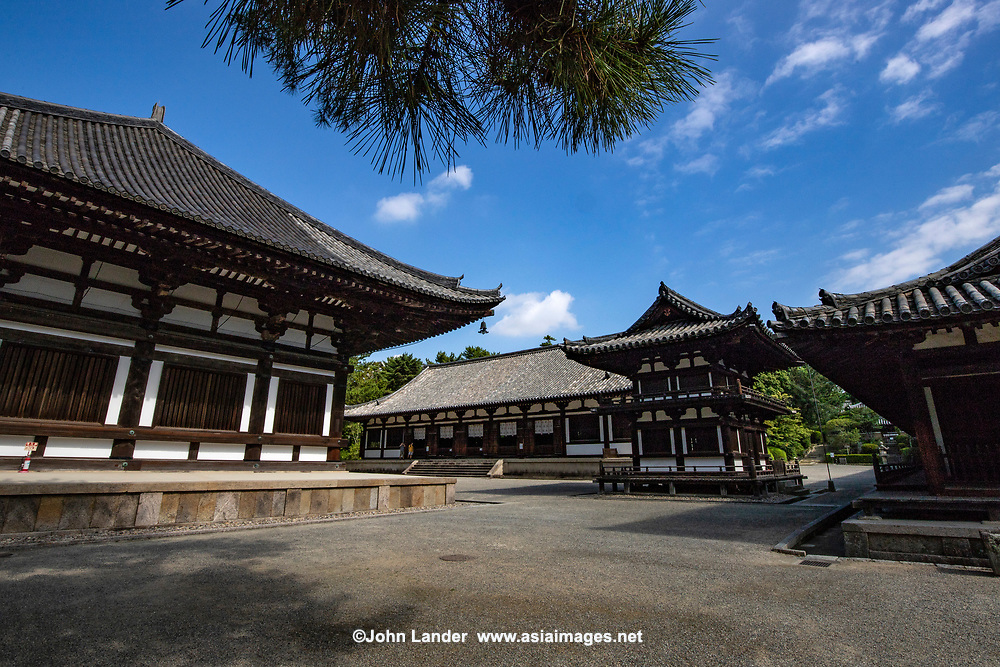