Sairin-ji Temple sits on a plain next to a river in grounds that have been laid out in straight lines. Sairinji is also known as the West Forest Temple. Its gardens are puncutated with picturesque rocks and pines. It was founded in the middle of the 8th century but moved here by Kobo-Daishi at the beginning of the 9th century. Locals associate the temple with Buddhist hell, because of its topography as it lays lower than the nearby ground, so superstitious people believe that when you pass through the temple gate they may fall into hell. In reality, the temple beside the pond in the temple grounds there is a statue of Fukusazuke Jizo - if you pray to it you will be granted one wish. The original temple buildings were destroyed by fire. Sairin-ji has a small koi pond with a Buddha on an island in the middle. Sairinji is temple number 48 of the Shikoku 88 Pilgrimage Trail which is traditionally completed on foot taking up some 40 days to complete as the full course is approximately 1200 km. 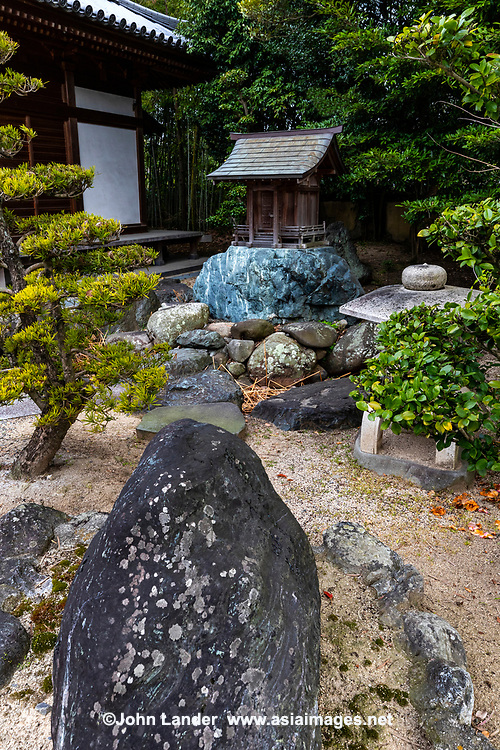