Wooden Bridge at Seikenji - Seikenji is a Buddhist temple of Rinzai sect in Okitsu Shizuoka. Seikenji’’s origins began as a result of its location along the ancient Tokaiko Road, leading from Kyoto to Edo Tokyo, as this point was a “sekiisho” or checkpoint along the way. It is considered to be a good place to view the moon especially in the past when it had an unobstructed view of overlooking Suruga Bay. There are statues of 500 disciples, worn and weathered with age, leading up the hill as well as a plum tree planted by Tokugawa-Ieyasu. Seikenji garden was built in the 18th Century, and has been designated as a scenic spot of Japan. Seikenji is believed to have been founded in the 7th century during the Kamakura Period along the historic Tokaido Road. From a passage at the rear of the temple’s interior, and inner tatami rooms overlooking the garden, which are the best vantage points to view the exquisitely landscaped Zen garden. When Tokugawa-Ieyasu was a child, he was sent Seikenji as a refuge of the Imagawa Family. 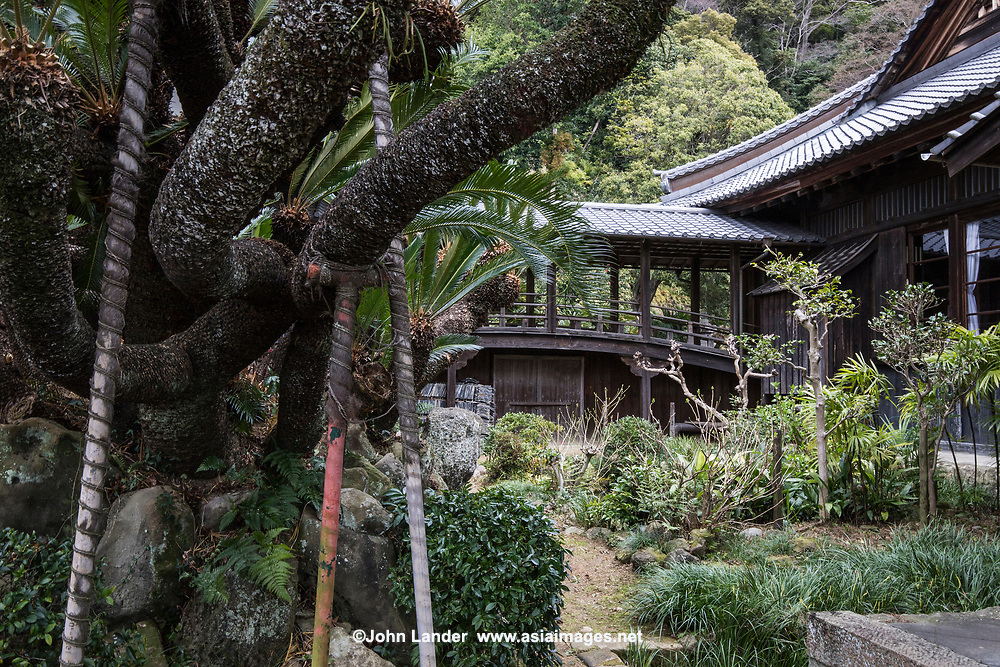