Since ancient times, pounded rice cakes, mochi, have been offered to the gods as sacred food in Japan. They have a central role in New Year's celebrations. Two or more round rice cakes stacked one on top of the other are placed in the Shinto altar or in the tokonoma alcove during O-Shogatsu are called kagami-mochi. The two rice cakes, one smaller than the other, represent the sun and the moon, yin and yang, or marital bliss. In the old days, these cakes would be made by each family, but now they can be bought at supermarkets and department stores. 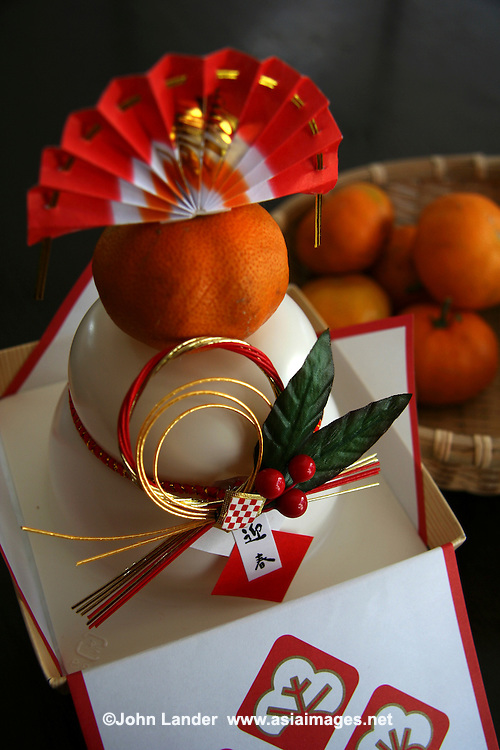