Murouji Temple Pagoda - Temples in the Nara period were sprawling affairs, and as integral to Nara as the priests were to the government. It was common for emperors to retire into priesthood to wield political influence back in those days. By the time that the Nara period was ending, the crown prince, who would soon become Emperor Kammu, and would move his capital city to Kyoto in order to break the back of the Nara priesthood and patronize Esoteric Buddhism that drew their followers away from the secular world, and established headquarters at remote mountain sites: one on Mount Hiei, the other on Mount Koya. This new kind of mountain temple posed new challenges for Japanese architects, and the temple Muro-ji is deemed one of the finest solutions. Heian period temples had to be built on a smaller scale. Muroji's five storied pagoda, is a perfect example and a national treasure as well. It’s also famous for being the smallest of its kind in Japan. 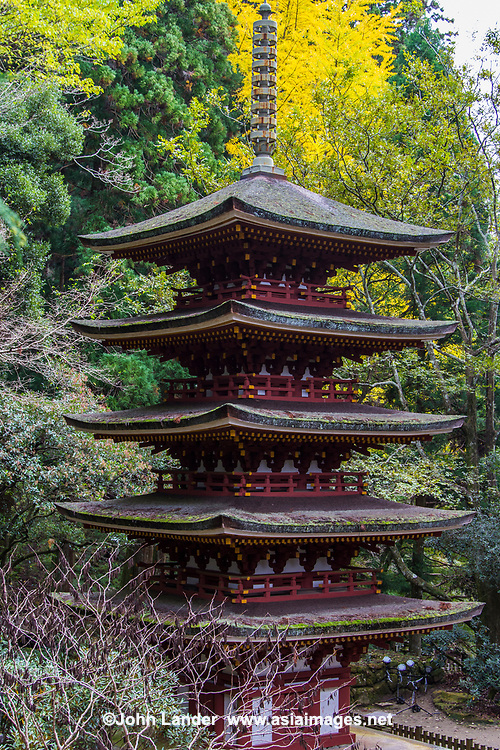