10. Heijo Palace 平城宮 The palace grounds design were based on the Imperial Palace at Xian, China which occurred at the same time in history when Nara was capital of Japan from 710 until 784. Kyoto later became capital and Nara's Imperial Palace was abandoned. The ravages of time and elements destroyed the buildings. Structures of the former palace complex have been reconstructed, including the Daigokuden - Audience Hall the largest building on the palace grounds was reconstructed for the occasion of the 1300 year anniversary of the founding of Nara as Capital. 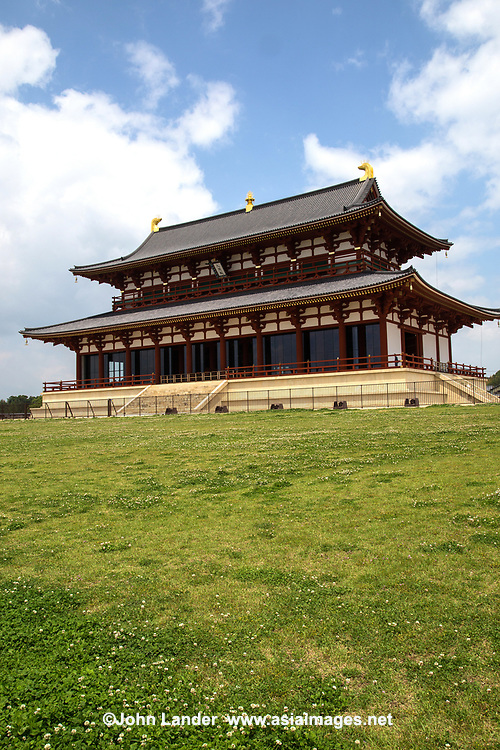