Old Bus Station Bridge - The Malacca River is the river that cuts across Malacca town, on its way to the Straits of Malacca. It separates the civic district clustered at the foot of St Paul's Hill, from the residential and commercial district of Heeren Street and Jonker Street. Malacca plays an important role in the development of Malacca. In the good old days the Malacca River was an important conduit for trade. In addition to being the source of fresh water it enabled access to the interior so that forest produce such as rattan, cane and resin, could to be brought down to market. As you cruise up the river, you will be able to see old shophouses along its banks. These shophouses have their warehouses, called godowns so that goods can unloaded directly from the river into them. After the Malacca Bridge near the Dutch Square, the second bridge you will pass under is the Chan Boon Cheng Bridge. After the Chan Boon Cheng Bridge, the next bridge across the river is a foot bridge which the locals call the Ghostbridge of Malacca. How it got the name remains a mystery. Further on, another pedestrian bridge called the Old Market Bridge can be seen. The final sight before heading back on your cruise is the famous "Kampung Morten" and the Kampung Morten footbridge. . 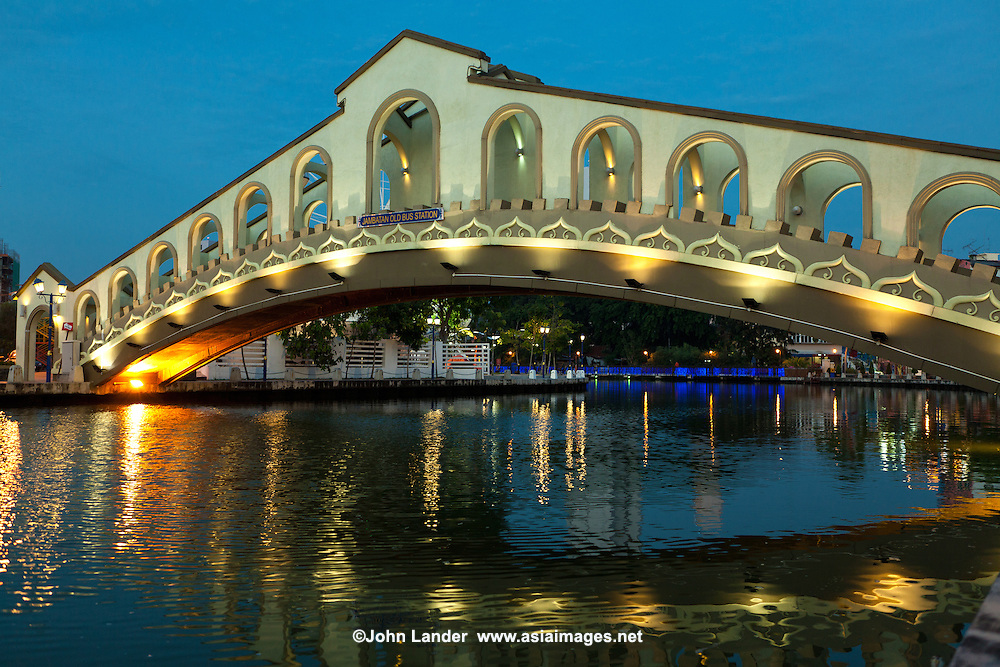