The Great Wave Pavilion, often called Surging Waves Garden, was built in 1044 by the Song Dynasty poet Su Shunqing on the site of a preexisting imperial garden. It is the oldest of the UNESCO listed gardens in Suzhou, keeping its original Song Dynasty layout.The name is derived from a verse in the poem Fishermen by Qu Yuan in his book Songs of the South, "If the Canglang River is dirty I wash my muddy feet - If the Canglang River is clean I wash my ribbon". This verse alludes to an honest official who removes himself from politics rather than act in a corrupt manner. Su Shunqing choose this to express his feelings after his removal from office. After his death the garden passed through many owners and fell into disuse until it was restored by Song Luo, governor of Jiangsu Province. In 1955 the garden was opened to the public and in 2000 it was added to the UNESCO world cultural heritage monuments. 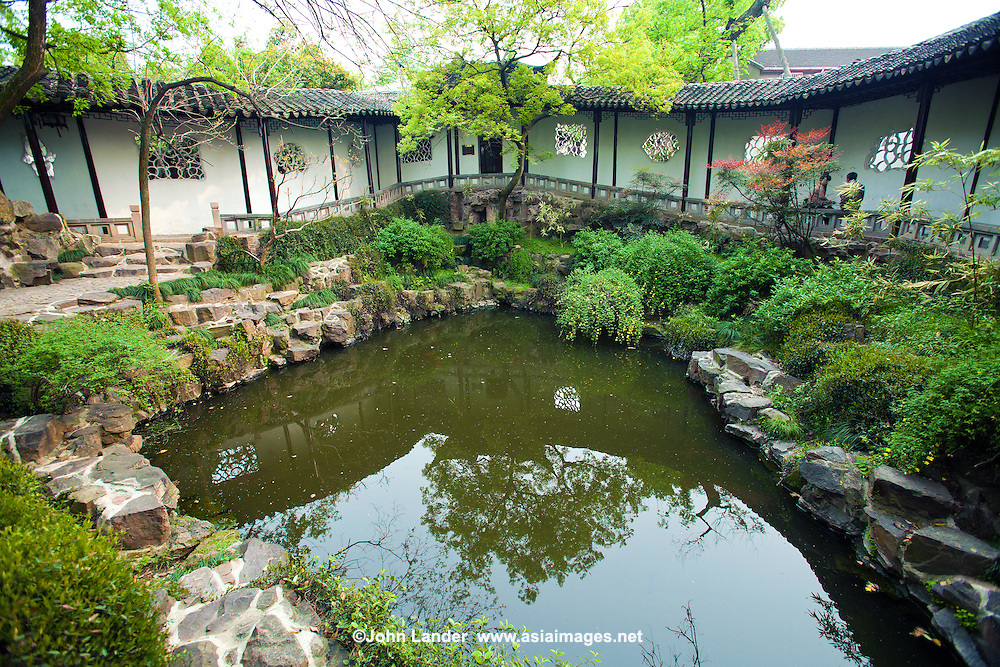