Taman Sari is a site of a former royal garden of the Sultanate of Yogyakarta and was built in the mid 18th century. Today only the central bathing complex is left intact, while the other areas have been occupied by local settlers. Umbul Pasiraman (also known as Umbul Binangun or Umbul Winangun) is a bathing complex for the royal family. The bathing complex is an enclosed space surrounded by the northern building which was used as a resting place and changing room for the daughters and concubines of the sultan. On the south side of this building is the Umbul Muncar pool. The building to the south is a building with a tower in its center - one wing of the building was used as the sultan's changing room. The central tower was used by the sultan to observe his daughters and concubines bathing in the pool. During its heyday, only females and the sultan were allowed to enter this bathing complex. 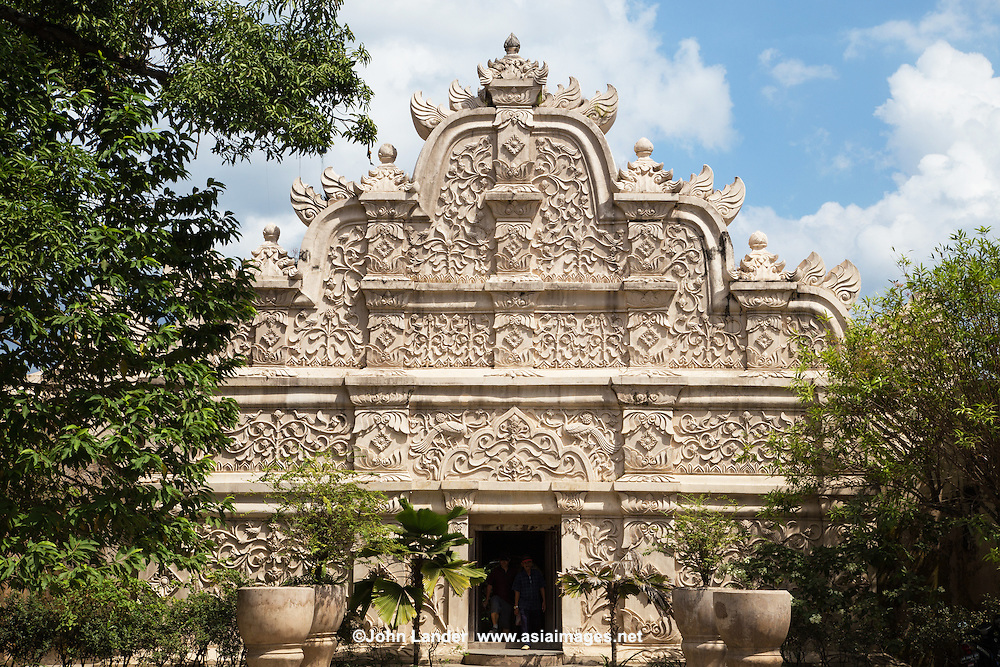