San Agustine Courtyard, Intramuros Manila - Intramuros is located along the bank of the Pasig River, and was built by the Spaniards in the 16th century. Intramuros is the oldest district of the city of Manila. Its name, in Spanish, means literally "within the walls", meaning within the wall enclosure of the city fortress, which also describes its structure as it is surrounded by thick, high walls and moats. During the Spanish colonial period, Intramuros was considered Manila itself. 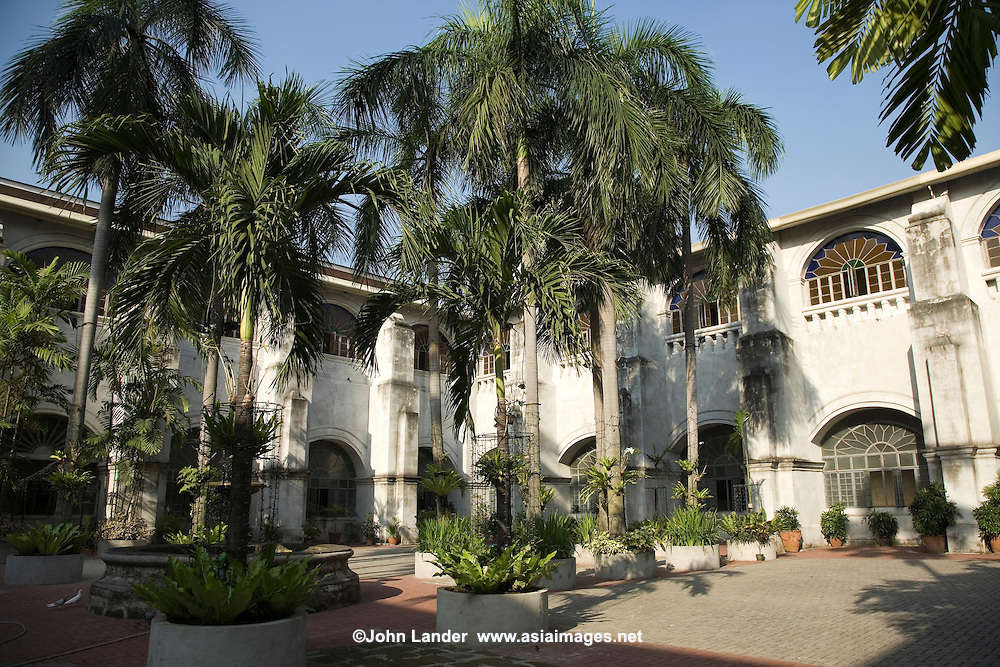