The Da Lat-Thap Cham Railway was established by the French colonial administration of Indochina in 1932. The Da Lat-Thap Cham railway is occasionally referred to as a cremaillere railway, referring to the French word for the rack used on its rails. Abandoned during the Vietnam War, most of the line was dismantled in 1975, its parts were needed to repair the heavily damaged North-South Railway line. In the 1990s, a 7 kilometer stretch of the line between Da Lat Railway Station and the nearby village of Trai Mat was restored and returned to active use as a tourist attraction. Restored railway cars now carry the name "Dalat Plateau Rail Road". A proposed renewal project, backed by provincial and local governments, aims to restore the entire Dalat-Thap Cham railway to handle transportation between Dalat and the Vietnam coast, connecting with the Reunification Railway between Saigon and Hanoi. . 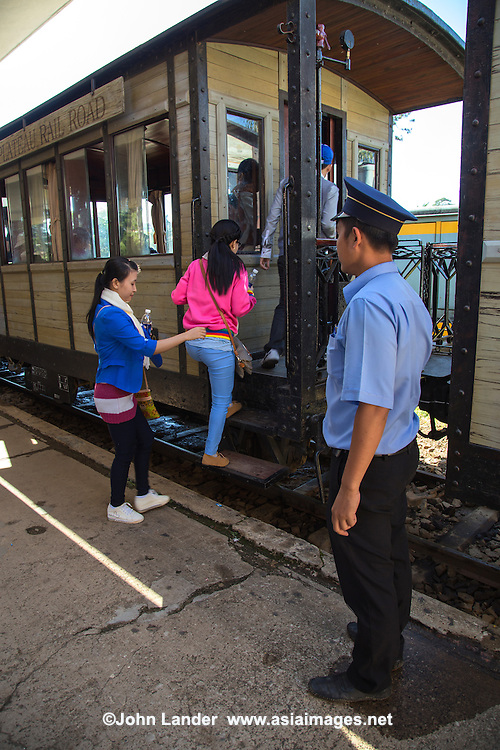