Sadako Sasaki was two years old when the atomic bomb was dropped on August 6, 1945, near her home in Hiroshima, Japan. She was diagnosed with leukemia and hospitalized and given, at the most, a year to live. Sadako's best friend Chizuko Hamamoto came to the hospital to visit and cut a golden piece of paper into a square and folded it into a paper crane. Chizuko retold the story about the paper cranes. Inspired by the crane, she started folding them herself, spurred on by the Japanese saying that one who folded 1,000 cranes was granted a wish. Sadako had achieved her goal and continued to fold more cranes. Though she had plenty of free time during her days in the hospital to fold the cranes, she lacked paper. She would use medicine wrappings and whatever else she could scrounge up. Sadako died on the morning of October 25, 1955 at the age of 12. Since then origami paper cranes have come to symbolize the atomic bombs in both Hiroshima and Nagasaki. 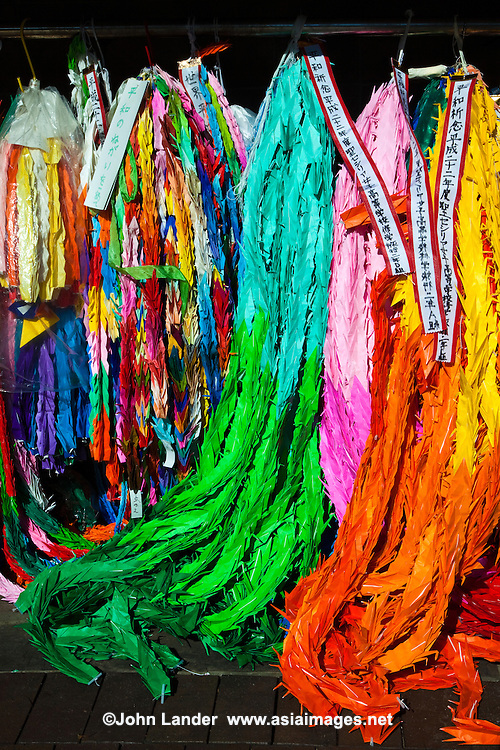