Ploshchad Revolyutsii Station, Moscow Metro Ploshchad Revolyutsii, meaning Revolution Square, is one of the most famous stations of the Moscow Metro. It opened in 1938 and the architect was Alexey Dushkin. The station features red and yellow marble arches faced with black Armenian marble. Each arch is flanked by a pair of bronze sculptures by M.G. Manizer depicting the people of the Soviet Union, including soldiers, farmers, athletes, writers, aviators, industrial workers, and schoolchildren. There are a total of 72 of these sculptures in the station. 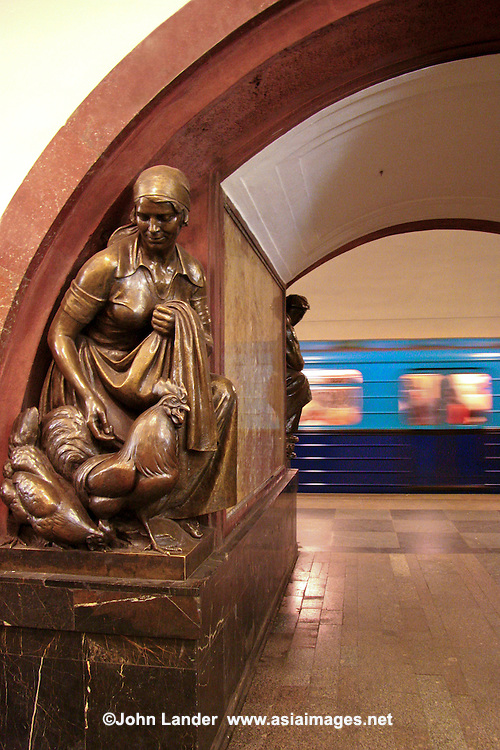