Mark Alegre, 4th generation luthier at Alegre Guitars - Though pre-colonial Visayans had a variety of string instruments which used a coconut shell or gourd as resonator - the guitar is a Spanish introduction into the Philippines. Guitars have been made in Cebu since the Spanish period mainly as a makeshift replacement for organs for church music until they were later imported. Guitars developed as a local industry only in the present century, receiving a boost from the government's promotion of cottage industries in the immediate postwar period. In Mactan, the craft of guitar making passes from generation to generation and the industry involves many families, the most prominent of whom is the Alegre and Malingin families whose names have become well-known "brand names" of Mactan or Cebu guitars. 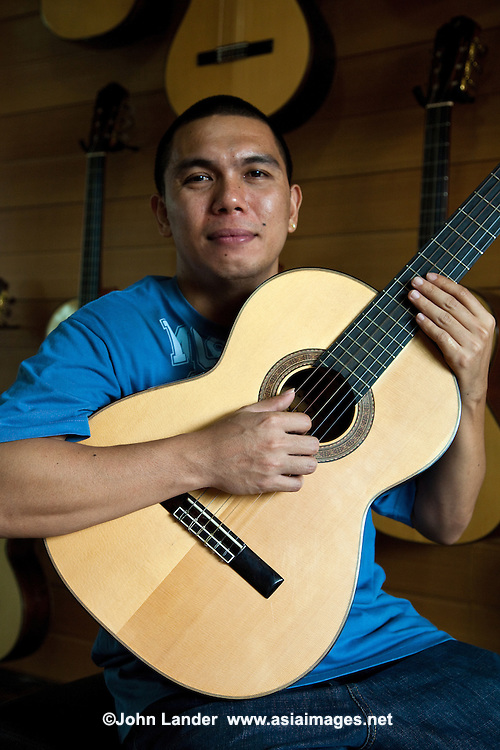