Ban Chiang National Museum is made up of antiques, pottery and anything associated with the ancient culture of Ban Chiang including ancient tools, household items, artifacts, and ceramics many of which are over 4000 years old. Displays are showcased so that visitors can get as much information as possible about the ancient culture. Ban Chiang’s importance to archaeologists wasn’t recognized until a young American literally stumbled onto a piece of pottery in 1966. after tripping over a tree root Harvard student Stephen Young found himself staring at the top of a pot encased in the earth. He quickly realized that a 50-foot-long area was full of these pots. Young brought some of his finds to the Thai Fine Arts Department, which sent them to the University of Pennsylvania for further study. Later, In the mid 70s, American archaeologist Chester Gorman joined Pisit Charoenwangsa to lead an excavation that uncovered 123 human skeletons, 11 million ceramic shards, 200 fully intact pots and thousands of other artifacts, including evidence of agriculture and bronze work. Subsequent digs uncovered many more burials sites, and Ban Chiang was declared a UNESCO World Heritage site in 1992. Ban Chiang National Museum does a great job of showing what’s known about the civilization thousands of years ago and how it fits into the global context of human life. 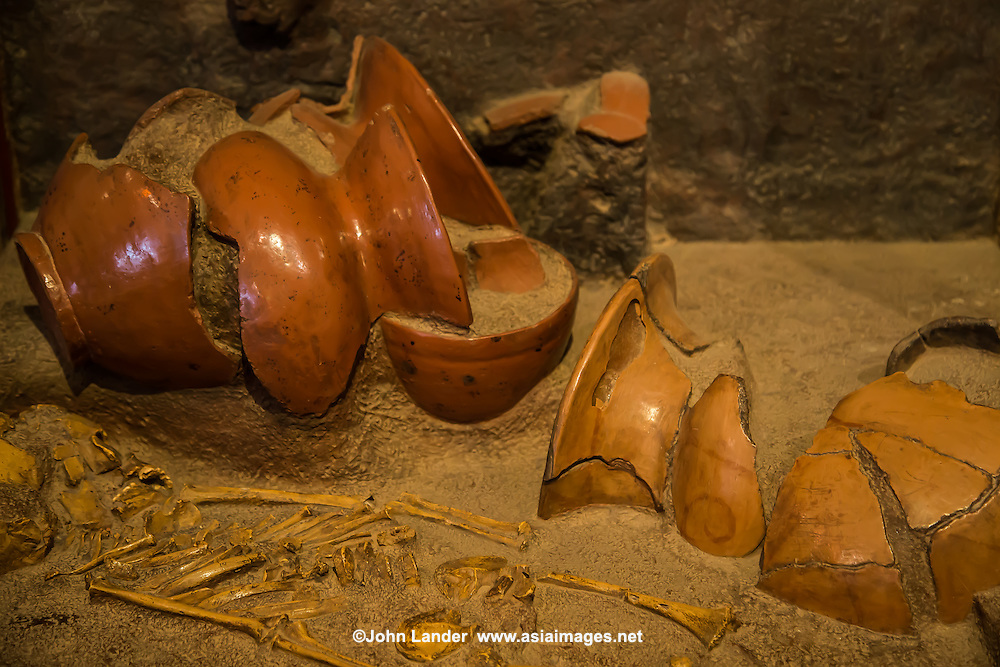