Calesa (sometimes spelled kalesa) is a horse drawn carraige in the Philippines. They were introduced to the islands in the 18th century by Spanish colonisers. Today they are rarely used in the streets except in the tourist areas of old cities and a few rural areas. The word comes from Spanish. A kalesa is an inclined cart and drawn by a single horse. Manila was once teeming with calesas, but these declined in popularity after the Second World War. Although the calesa has become a rarity, century-old examples are still preserved in areas of the Philippines, such as in Vigan and Intramuros, where they cater to tourists. Only in Tuguegarao are the carriages a part of the traffic along with cars, tricycles, jeepneys and motorbikes. 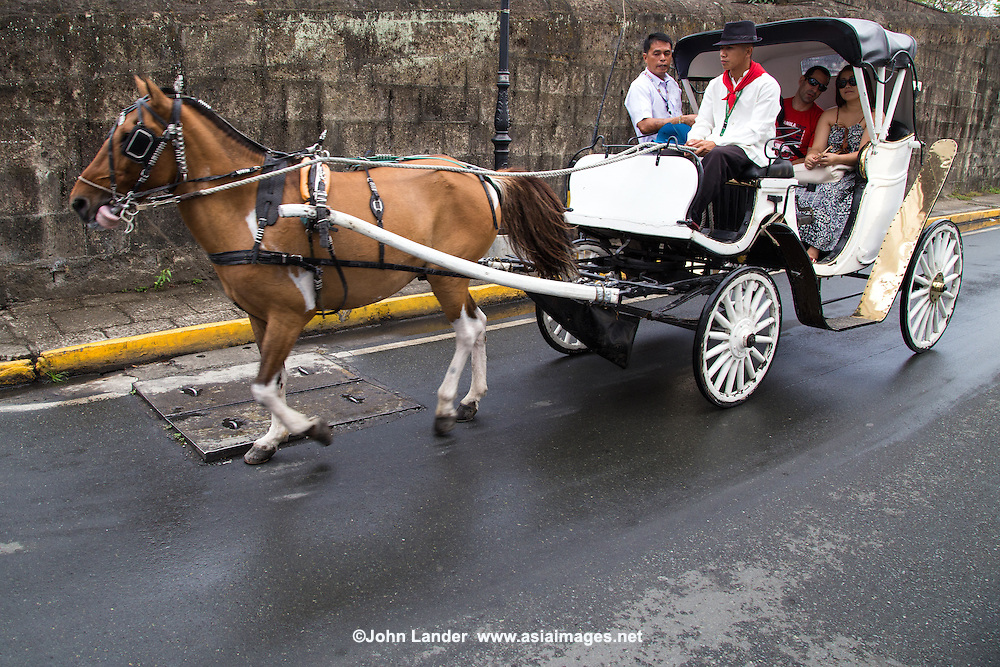