Hulihee Palace was originally built by the Governor of Hawaii during the time when the islands were known as the Kingdom of Hawaii. The building is made of lava rock. The palace was inherited by Princess Ruth Keelikolani who made Hulihee her residence though she usually slept in a grass hut on the palace grounds rather than in the palace itself. She invited all of the reigning monarchs to vacation at Hulihee, from Kamehameha III to Liliuokalani. The palace was sold to King Kalakaua and Queen Kapiolani who had the palace plastered over to give the building a more refined appearance. In 1927 the Daughters of Hawaii restored Hulihee Palace and turned it into a museum. 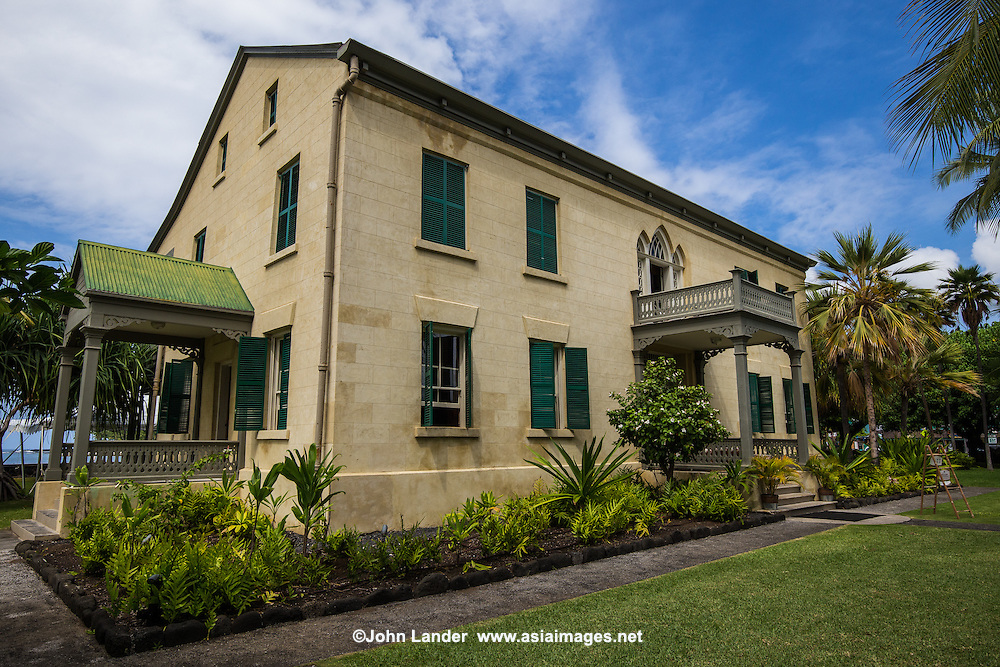