64.4. Yunotsu Onsen Townscape 温泉津 is found along the coast near Omori and is part of the historical landscape of Iwami Silver Mines. The town became active in the later part of the 16th century as the administrative center of Iwami Ginzan and its surrounding areas. Nearby ports were used for shipping the silver itself, which explains Yunotsu’s prominence in the area. The layout of the houses remains unchanged from the early Edo Period. The retro architecture and classic onsen style town are the other draws. 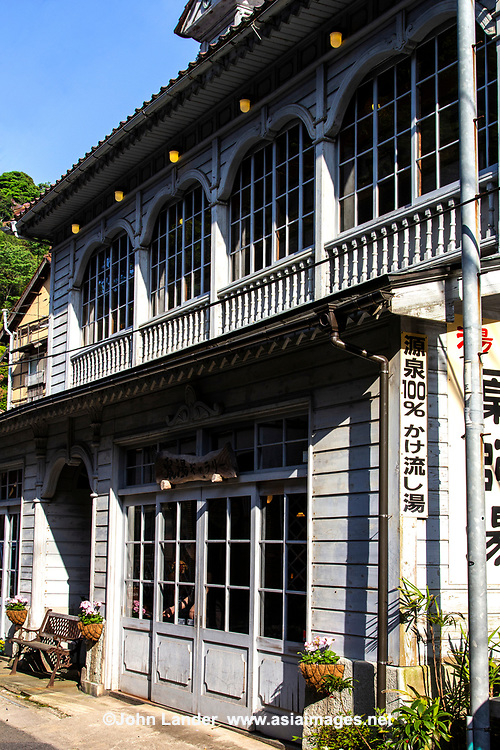