Gyokudo Kawai was considered a great master of Japanese painting who lived in Mitake so as a memorial to his accomplishments Gyokudo Museum was created by Ken Nakajima - the landscape architect. The garden has no specific observation point, thought it can be viewed from many angles without changing its general look. A central design concept that has been used to describe this garden is nesting technique, which has long been utilized in Japanese art. Natural stones found in adjacent Tama River were used for the garden's stones as well as a part of natural woods at the background crossed over the wall turned to be garden trees that have set the border between artificial and natural. This can be considered in contrast to borrowed scenery often employed in Japanese gardens. In other words, instead of designating as background, it directly employs the natural elements in the garden itself. 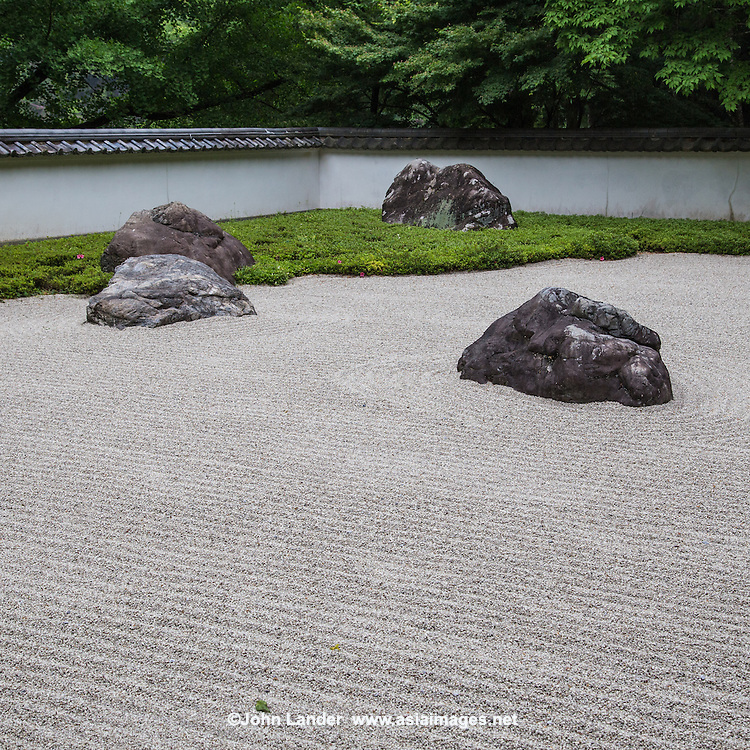