Dezome-shiki Firefighter Parade- Dezome-shiki is an annual event that takes place early January each year, normally sponsored by local firefighter stations. Its purpose is to both warm residents of the dangers of fire, but it is also meant to entertain as well. The highlight of these events are through the firemen’s acrobatic stunts on top of tall bamboo ladders. Similar events are held throughout Japan, in which men dressed as firemen of the Edo Period perform acrobatic stunts. Huge fires have burned down Tokyo and other cities numerous times, as many homes are built of wood and are crowded together causing fires to spread easily. Dezome-shiki events, parades, and performances are held round Japan, usually to keep people mindful of the devastation of fires. Prior to parades, events, performances there are requisite ceremonies with long-winded speeches by the Mayor and Fire Chief at each event, although most of the attendees are there only for the parade and acrobatic stunts. 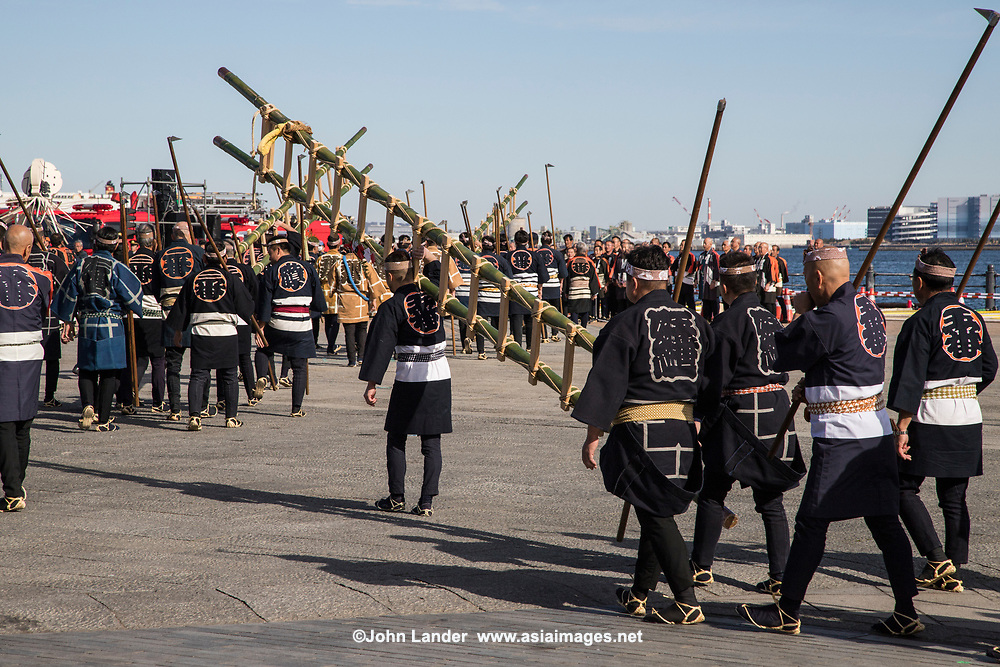