Shirahige Shrine - It is said that there was a torii in the lake in front of Shirahige Myojin from ancient times, and the torii in the lake is also drawn in the folding screen picture "Omi Famous Place Map" in the Muromachi period. There are various theories as to why the torii was built in the lake. It is a legendary torii that is said to have suddenly appeared in the lake in front of the shrine as a sign of a catastrophic event, even though the torii was visible and hidden at the beach from ancient times but there is no evidence that it actually existed. The torii that stands in the lake was actually built in 1937 by the donation of Kyubei Konishi, a drug wholesaler in Osaka, and the current torii was rebuilt in 1981. Situated in the center of Shiga Prefecture Lake Biwa takes its name from its natural shape, which resembles a biwa, a traditional Japanese lute. The lake is well known for its abundant fish population, migratory water birds and wetland regions. 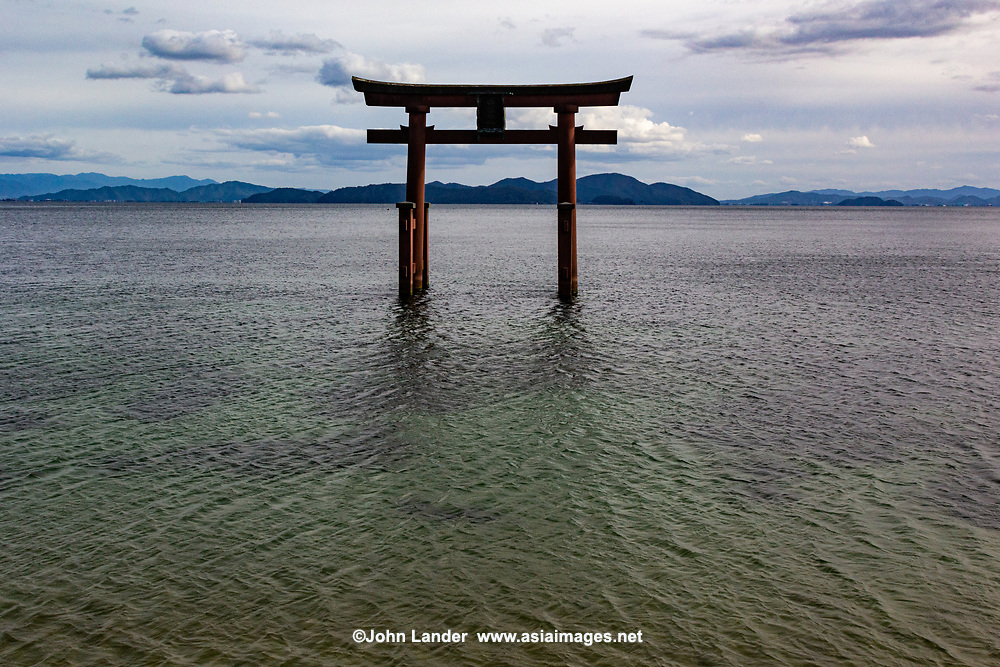