1. Kasuga-taisha Shrine 春日大社 was established by the powerful Fujiwara clan and rebuilt several times over the centuries. The legend is that the Fujiwaras invited a powerful deity or god to Nara, who arrived in town riding on the back of a deer. Consequently, wild deer from the forest above the city roam freely in its grounds. Kasuga is famous for its lanterns that have been donated by worshipers:. Hundreds of bronze lanterns hang from the buildings and hundreds more moss-covered stone lanterns line the approach to the shrine grounds. The Kasuga style of lantern is ornate and bears the images of the sacred deer. The lanterns are lit twice a year at the Lantern Festivals - Setsubon held in February and Obon held in August. The lanterns light the way for ancestral spirits. 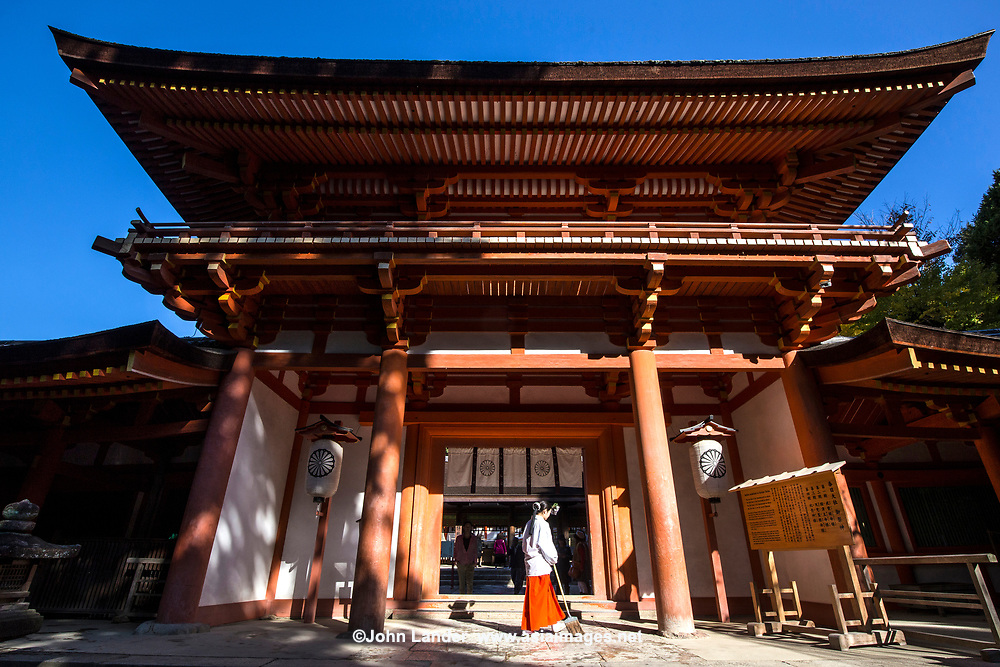